My wife Gloria is 90 and IF ONLY, my new novel, is dedicated to her. She has been the most important individual – as inspiration, editor and manager - of my life. You look at her photos as a young woman from the time when we met (she was 36 at the time) and you understand why In Praise of Older Women turned out to be such a lively novel. The articles reproduced here, especially the one written by her daughter Martha, give you a glimpse of our lives and her contribution. For the last few years I have to do some of the things she did for us - and I’m horrified to realise how hard she worked. The photos in which we look our age were made only a few days ago. As you can see we are still laughing, even after being together for over 54 years.

Here is the secret of enduring marriages: the couples must feel passionate about the same things. She was the first woman I met for whom literature was the most important thing in life. You have to be passionate about things outside of yourselves. Our favourite pastime was walking in the museums and great churches of Europe.  She is also the most intelligent woman I have ever met. 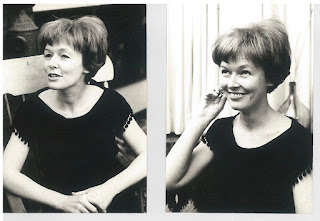 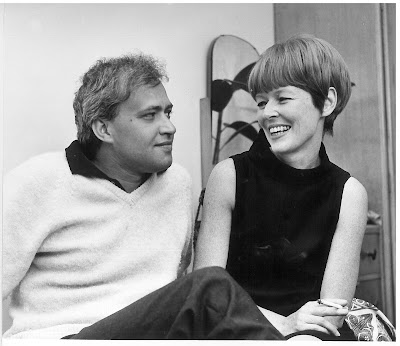 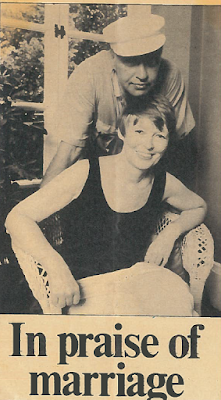 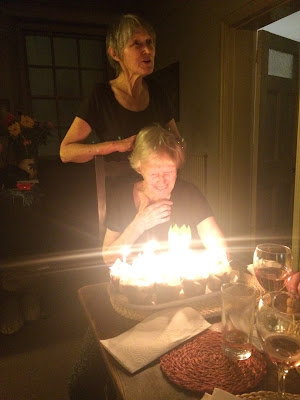 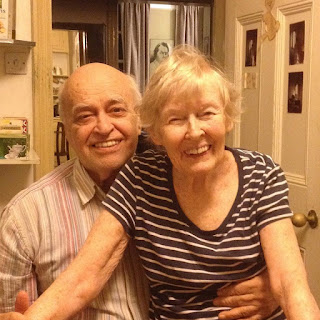 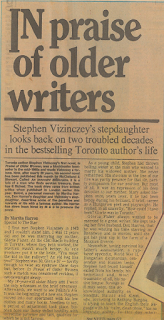 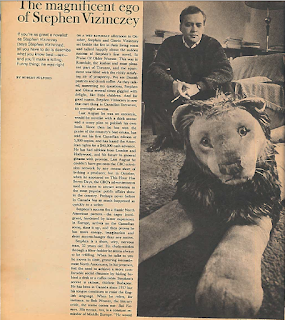 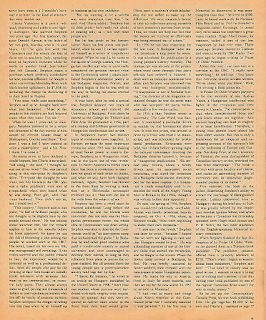 “A truthful view of men and women in the mass would throw the entire English social game out of kilter. All the fun and ferocity would go from the debate if we were deprived of our traditional up/downery and forced to think.” Penguin Books published George Walden’s The New Elites  in 2000 and  it is growing in  importance and relevance ever since as it dissects the increasingly mindless culture in which we live. More than praise I think quotes give us a good idea of the book.  “ … feelings are supreme, simply because we all have them. Intellect, being less equally distributed, is seen as divisive, a non-profitable product.” Irony is good for a smile but there are also guffaws.

Walden calls up Ortega for whom man in the mass was “anti-rational, anti-intellectual, anti-culture, someone who, in his chilling phrase, wants to have done with discussion. Ortega says that for the first time in Europe appears the kind of man who does not want to give reasons even to be right, but who is determined to impose his opinions. Today, you might say, there are more of these kind of people than in the 1930s. Walden writes an “honest view of the mass society might even rid us of our parasitical elites.” If you enjoy thinking it is typical of the sorry state of our cultural life that one of the best, one of the most gifted and talented persons of our time in the country is largely being ignored. They are more or less invisible but people who feel more alive when they think are still around. And if you are one of them, George Walden’s book would brighten up the dismal winter.
Posted by Stephen Vizinczey at 9:02 AM 2 comments: 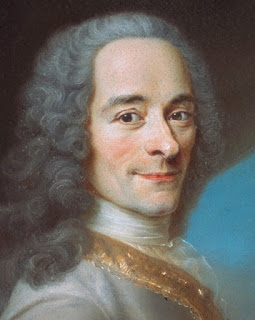 It is dangerous to believe in white lies: books which peddle them may reassure you, but they render your defenceless against conmen, authorities and demagogues who give you hope and lead you to disaster. It is best to be forewarned. If you read Voltaire, Jonathan Swift, Mark Twain you will be less likely to fall victim to trickery. And I could never have written If Only about our world without the inspiration of these giants.
Posted by Stephen Vizinczey at 7:48 AM No comments:

I just lost an opportunity

I just lost an opportunity to promote my new novel, IF ONLY in a popular newspaper because I refused to put my name to an article which mentioned IF ONLY and In Praise of Older Women, but started by paying homage to "Madonna, one of the most famous persons in the world." Several incidents of this kind made me realise that it is not the lovers of classical music and great literature who are elitist.

Stupid is the new elite, and they do their best to make us disappear - or at least become invisible, so people won't know that there is another world beyond the mass media. When I came to the UK in 1965, the "Culture" sections of the leading broadsheets were about thinkers Bertrand Russell or great classical musicians, great writers - individuals who had added something of value to civilisation. Today even the "Culture" pages are featuring predominantly articles about television programs. And they are surprised that newspapers lose readers.

If you love pop music, every day there is something in the news to reassure you  that what you love is the most important thing in the world.  If you are an intelligent person you are made to feel lonely by the media, confirming that you are member of a very small minority. It’s no use spending money on education if everything outside school tells you that fame is the greatest achievement in the world. The BBC, financed by taxpayers, is as guilty of this as any other media organisation. Talking about the importance of mental health and then feed people explosions, mindless thrillers and nothing that could inspire them to exercise the minds is pretty absurd. You could become mentally unbalanced just by watching a few hours of BBC television.

This is not just a question of high culture which inspires you to think, reflect, practice concentration and have deeper feelings - the country's mental health, security and  productivity depends on it.
Y
Posted by Stephen Vizinczey at 10:04 AM 2 comments: 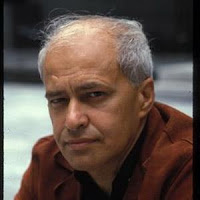 Readers, especially young readers hungry for knowledge and experience, pledge to read dozens of books this year, but I think that they should plan to re-read at least 10 books a year which they like. There is no way to take in everything from a simple reading of a book. Re-reading books we find that superficial books are boring at second reading, when we already know what is going to happen. Really good books, however, are much more exciting when we reread them. We discover a great many insights, great phrases which we had missed the first time and we find deeper meanings also because we are already familiar with the context. Good books become better at each reading, there is no way to get everything out from a good book at a single reading. As bad books become worse, and good book become better, we also learn to tell apart what is true and what is a lie. Lies are not so convincing at second reading.


I read every year at least a few chapters from Stendhal, Balzac, Tolstoy, Dostoevsky, Swift, Defoe, Kleist and Pushkin – and of course Shakespeare. Shakespeare is the Bible of all good readers. Even after decades I still pick up new insights and if my own work is good and enriching it is then thanks to reading great literature every day and find about the technique of writing a detail I had earlier missed.

If my work is any good, half of the credit goes to my rereading some great literature every day. Whenever I feel low, I reciter myself lines from Shakespeare, a Hungarian or English poem – mostly from Auden these days - to keep my spirits up.


Embed from Getty Images
There are millions of books and there is no way to read everything, so it is more important to read a hundred great books over and over again. We can never know everything, it is much better to know fewer things, but at least know them well. I guess another way of putting it this is that it is more important to be wiser than well informed, in regard to books as well as everything else.I became a missionary on the subject of re-reading on a Caruso beach in Mexico.It was at the end of the school year in the USA, and there were many school leavers around from the southern states celebrating. I asked the kids what they wanted to read and most of them were going to college and were intending to study English. On one occasion about a group of thirty kids gathered around me learning that I was a novelist. I asked them what their favourite novel was. Not one of them could name the title of a single one. Finally a girl piped up, declaring proudly that she was reading novels all the time. I asked her for her favourite novels. “Oh, they are too many,” she said. I kept urging her to name some of them. After a long silence she then gave me a title of an Eugene O'Neill play, ‘Long days journey into night’.
If you are interested in the subject I would like to hear your comments, hope to see next time.
Posted by Stephen Vizinczey at 9:21 AM 1 comment: