My view on King Lear play by Peter Brook

I already made several videos about King Lear where one of the videos you can see below.

I loathe directors who try improve masterpieces with the passionate desire to reduce genius to their own mediocrity.   The greatest dramatic poet of the modern age could use language to ignite our imagination so that we can see and feel everything.  King Lear asks a blinded character how the world goes. “I see it feelingly” he replies.  We see feelingly what Shakespeare describes. Now the vile practices is to rape that language and our imagination by adding words like “King Lear looks around.” But we already know that, and we know it feelingly! So the only Shakespeare plays you should watch should be the original BBC productions organised by entertainment in the early 1970s. 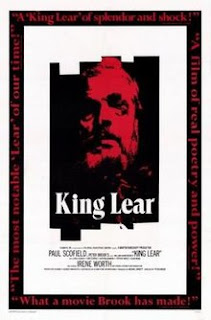 At the time we were blessed with great actors and directors.  Laurence Olivier crowned his long career and old age playing King Lear.  Derek Jacobi’s Richard II, Kate Milligan in Measure for Measure, Helen Mirren (1978) in As You Like It are creations you will never forget.  One great advantage of them all is that they have subtitles, so people do not miss a word while watching the film. So instead of watching garbage television, it is best to watch the original BBC productions.

The great versions of plays are the original production, which the BBC did with Time-Live Magazine when the BBC head of entertainment

The original productions with great actors and great expense are the best Shakespeare productions possible and would greatly enhance every viewer’s vocabulary and enjoyment. 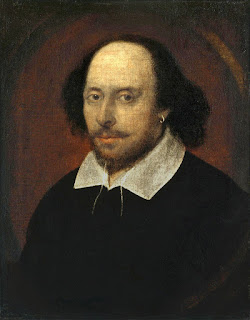 It’s not universally appreciated that the truths Shakespeare writes about so universal and lasting that it dissolves into even other languages and cultures.  I had been in Hungary’s national theatre on October 22nd 1956.  It was a long way from England and an even longer way from the time of The War of the Roses (Richard III), yet the performance was interrupted with strong clapping several times.  We felt Shakespeare was writing about our own experience of tyranny and after the performance that the younger members of the audience went out to the street to demonstrate, which later that night turned into a revolution.

It also reminds us that the greatest dramatic poet of the modern age we ever had really became what he became from acting.  He was an actor’s playwright, it often happens that in his plays logic is abandoned for the sake of a great scene.  The great characters in Measure for Measure alter in the middle of the play and in the beginning the Lord Angelo is given by the Duke the power of life and death yet in the second part of the play we learn that the villain, Lord Angelo, in fact libelled and discarded the rich woman he betrothed when he learned that her dowry was lost at sea.

It is still a great play despite the contradictions because every scene is powerfully true.  Hamlet, Richard II, King Lear and Twelfth Night along with several other of his plays are free from contradictions.  The plays have no broken storylines, which made the author the greatest figure in literature not only in English, but in many other languages and cultures.

There is one exception: Peter Brook’s direction of the play.  He filmed the play with Paul Scofield who was still a young man back in 1971.   Peter Brook was the most admired director both in France and England at the time. For this version a youngish Paul Scofield played King Lear. I watch this version once every year.
Posted by Stephen Vizinczey at 2:31 PM No comments: