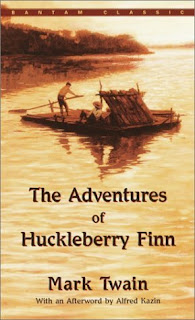 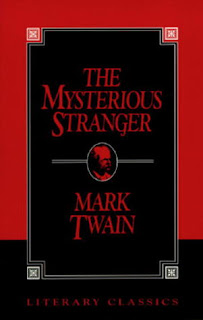 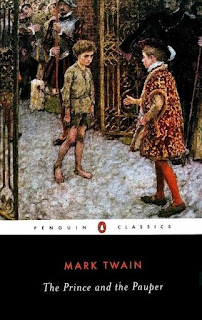 My review of Thomas Mann and Felix Krull 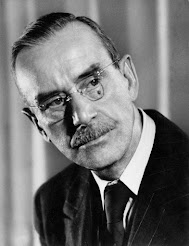 While I am waiting for the appearance of my new novel, I am reading Felix Krull for the umpteenth time and every paragraph and sentence is perfect.  Its an incredible thrill to read a joyful masterpiece.

A few decades ago, Thomas Mann was acclaimed the world over as the greatest living writer.  He got the Nobel Prize for The Magic Mountain in 1929, which is about the sanatorium of people suffering from tuberculosis before the cure for it was invented.  Thomas Mann uses this setting to give a summary of all the ideas, which were current at the time. It is like a weekly paper summing up what happened the previous week, except that it is a very, very long book.  I think you have to have professional interested in literature to be able to read it from beginning to end – looking for the flashes of genius.  This is true of most of his work.  For instance in his biblical novel Potiphar's Wife, she, the wife, the heroine and is in love with young Joseph and to test her love she has female friends over for a meal and have Joseph appear just when they are trying to cut some delicacy with a sharp knife.  All the women ended up cutting their fingers when they catch sight of Joseph.

Like all great writers he could tell you also what he does not say, giving the reader the thrill of imagining what was not actually said.  A memorable moment in Buddenbrooks is when Mrs Buddenbrook is playing piano duets with a young officer. The piano falls silent just as her son comes home and runs to meet his mother.  His father waylays his son before the kid can open the door on the silent pair in order to ask him about his schoolwork. 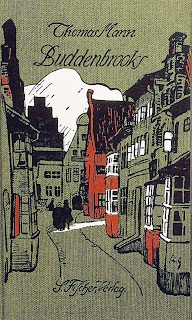 You can’t create great works without going through hell.  Thomas Mann was a bisexual and his work at the time when any deviation from the heterosexual norm was considered both a sickness and a crime. He came from a rich and tragic family of suicides where two of his sisters and one of his own sons committed suicide. His experiences enabled him to create works, which are lifted by a breeze and thrown by death.

His most famous novel “Death in Venice” is about a homosexual writer who was caught in Venice during the plague and he dies as he falls in love with a beautiful boy he has seen on the beach.  Falling in love and dying at the same time is one of the most moving masterpieces in literature.  I particularly indebted to The confessions of Felix Krull.  As a German critic spotted it, In Praise Of Older Women is inconceivable without The Confessions of Felix Krull. 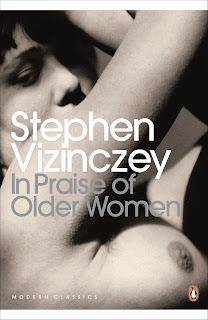 It includes all the discreditable things which never find their way into memoirs. It is called “first part” because of the references of his later life in prison.

Felix Krull is a unique character and I cannot think of any other literary figure you could compare him to.  He was a thief, a gigolo, a confidence man and what makes him admirable, in spite of all this, is his imagination the joy he has playing different roles in his life.

He is a great actor who plays and enjoys every role he plays, which makes his confidence tricks all the more enjoyable.  If you like good books and enjoy wit then you will enjoy Felix Krull.

This novel has an immense reputation in Germany and they clearly did everything to make it into a great movie – proving that there is no way to make a good movie from a great novel. Although the book includes all the discreditable things a young man can do it is also one of the best books on love.  Not sex but love in its deepest sense, which prompts you to touch and stroke a dirty boy’s head even if he may have a contagious disease.

Felix is trying to seduce a young girl who has a horror of the flesh. He argues that the natural human reaction to other people is shrinking into oneself.  This is what the young girl feels and as he converts her to love, this is one of the best passages in literature. 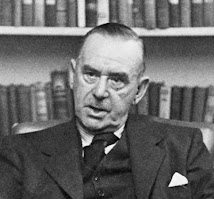 What is unique about the writing of the book is that he wrote most of it as a young man and the later part as an old man, yet  they bend together so seamlessly that it would be impossible to say what part he wrote as a young man and what part he wrote as an old man except his German gets more convoluted in the later part. You won’t notice it if you read the excellent English translation by Denver Lindley.  Some people say that Confessions of Felix Krull is an unfinished book, but I feel they are wrong because to finish with and ode to love is a perfect ending.

Thomas Mann described his writing as “Ironic conservatism”.  Quite apart from everything else the novel gives you an idea of what society was at the beginning of the 20th century. I quote Thomas Mann in an Innocent Millionaire, “How inventive life is! It brings our childhood dreams to pass”. In Felix Krull childhood dreams becoming reality, which gives the book its unique charm. 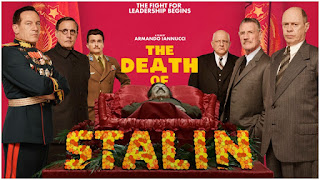 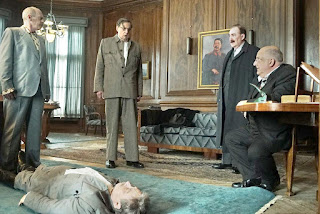 Posted by Stephen Vizinczey at 4:13 AM No comments: