Most of us are too lazy or too stupid to figure out what is happening in this complicated world, therefore they look for one simple answer that explains everything.

The moronic Grime singer named ‘Wiley’ is all too typical by claiming that all our troubles come from the Jews.  Then why the fuss? The answer was given by Voltaire.  “Those who can make people believe in absurdities can also make them commit atrocities”. 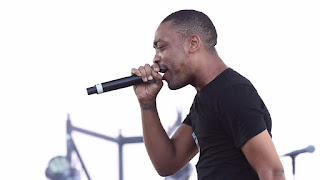 Posted by Stephen Vizinczey at 2:41 AM No comments:

My review of King Lear

The most important things about the video of Shakespeare's plays is that it increases your vocabulary in a way that makes you understand more meanings of the world.

My most often quoted line from my book "An innocent millionaire" is that "no amount of learning can cure stupidity, and formal education positively fortifies it", but it is also true that a lot of bright people think that they are stupid because they never had a chance to be introduced, to become familiar with the work of great minds.

If you have brains, even if you are ignorant then Shakespeare will wake up your mind and you will become smarter and knowledgeable about life as much as possible.


I mentioned Paul Scofield in my video because he is a great actor and also because he worked with the greatest director Peter Brook.  There are many videos on King Lear, but the RSC production of King Lear in 1962 is the best by far.  You must also see Laurence Olivier's King Lear.


In Oliver's King Lear naive King Lear becomes sane by going mad when he sees the world as it is.

Posted by Stephen Vizinczey at 9:00 AM No comments: