Very grateful for the reviews on my new book "If Only"

I have not blogged for a while, but thought to write a quick blog about the wonderful reviews on Amazon.  It clearly attracts only intelligent and eloquent people. The latest is from Jaideep Prabhu a wonderful; review of IF Only on Amazon. 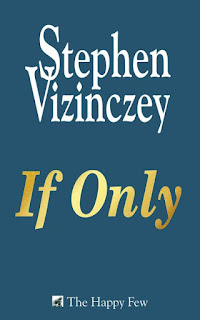 Here is part of the review Jaideep has written.

"I have just finished reading IF ONLY. I waited until the Christmas break so I could give it my undivided attention and read it in one gulp (as it were).

It’s a wonderful novel, with many different facets that I’m still in the process of digesting.

First of all, it is entertaining. I kept turning the pages, wanting to find out how things were going to turn out. The characters are memorable, as are the worlds Vizinczey describes. He does a brilliant job, for instance, of describing the inner workings of a large business, and all the ruthless machinations of those at the top. He also conveys in many moving ways the ups and downs of a long marriage, especially a childless one."

You can read the rest of the reviews via the link below.

Having such wonderful reviews around Christmas has been a lovely xmas present and can only hope more people provide reviews on Amazon or other sites.

Posted by Stephen Vizinczey at 11:04 AM No comments:

My tribute to A.A. Gill

He was a great writer.  Some of the best writers today are columnists. This discipline of limited space freed them from the waffle that makes most novels unreadable. The book “Prince among the best”, A.A. Gill has an easy read- concise style and at the same time has a twist in every sentence. A.A. Gill’s other book “A.A. Gill is away" - is the best and wittiest travel book ever - it keeps you glued to the page.


Jeremy Clarkson said that the world is a less intelligent place since he died. I would add that his books will keep in intelligence alive. “A.A. Gill is away” is going to be read for a long time. It is in every bookshop, which means people are asking for it and they will keep asking for it.

He was killed by tobacco at the young age of 62. He quit smoking 15 years ago, but it was already too late. Let his tragic death remind smokers who think they have plenty of time to quit, that tomorrow maybe already too late for them.


Embed from Getty Images
Posted by Stephen Vizinczey at 11:16 AM No comments: 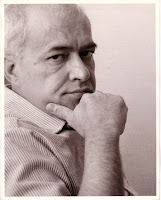 S.V.
Posted by Stephen Vizinczey at 11:41 AM No comments: