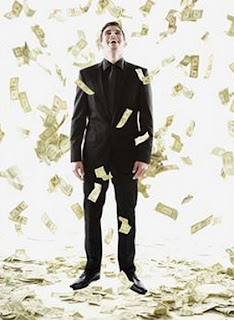 These guys earn enough in a single year to keep them going for life, so what do they care? They have the freedom to indulge themselves in all sorts of costly ways – costly to their shareholders, their customers and the taxpayer. The whole of history demonstrates a basic weakness of human nature: the combination of power and plenty not only corrupts, it makes people stupid. Exceptions prove the rule. Far from motivating bankers to do their best, the government tempts them to do their worst.
Posted by Stephen Vizinczey at 2:33 PM

You are absolutely rigth in what you say about banker's bonuses. What a ridiculous system, and although governments of various countries try to put a halt to it, the bankers always find new ways to get to 'their' money (which as a matter of fact isn't their money at all).
Anyway, I am reading your Praise of older women and find it very entertaing.